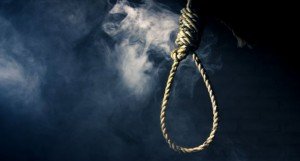 The Tuskegee Institute’s Lynch Report informs us that there were at least 4,733 such murders between 1882 and 1959, a conservative number, counting only known and recorded victims, and those meeting the Institute’s conditions:

There must be legal evidence that a person was killed. That person must have met death illegally. A group of three or more persons must have participated in the killing. The group must have acted under the pretext of service to Justice, Race, or Tradition.

In the Jim Crow era, opponents of anti-lynching legislation claimed lynchings prevented murder and rape, but such charges preceded less than one-third of the lynchings, and even those were often pretexts for punishing blacks who might have committed lesser infractions, such as smiling at a white woman, or looking a white person in the eye.

A Late Apology
On June 13, 2005, the U. S. Senate formally apologized for its failure to enact a federal anti-lynching law in the early 20th century. The resolution expressed “the deepest sympathies and most solemn regrets of the Senate to the descendants of victims of lynching, the ancestors of whom were deprived of life, human dignity and the constitutional protections accorded all citizens of the United States.”

Lynchings After the Civil Rights Movement
I had thought that lynching was a thing of the past until I read Ravi Howard’s Like Trees Walking, a 2008 novel based on the 1981 hanging of Michael Donald by two KKK members and their accomplices in Mobile, Alabama. The Klansmen had randomly selected the 19-year-old in retaliation of the acquittal of a black man accused of killing a white police officer.

Journalist Adam Hudson suggests that lynching continues behind the mask of police brutality. 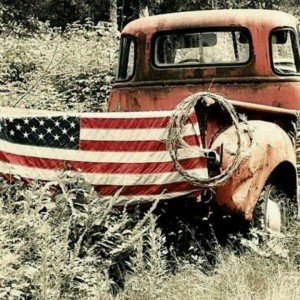 Pickup Trucks, Nooses, And A Man-eating Animal
Michael Donald was not the only post-Civil Rights Movement victim of vigilante hatred.

In 1998, in Jasper, Texas, three white men offered James Byrd, Jr. a ride home. Moments later, they assaulted him, then dragged him to his death behind their pickup truck. After dumping Byrd’s mutilated remains in the town’s segregated African-American cemetery, the three men went to a barbecue.

In 2008, in Paris, Texas, Brandon McClelland got into an argument with two white men. The men drove their truck over McClelland, then used it to drag him along the road.

In 2011, in Jackson, Mississippi, James Craig Anderson was beaten by 10 young white teens, who then ran over him with yet another pickup truck.

In 2013, in Jasper, Texas, Alfred Wright’s truck broke down. He began walking and, one week later, was found dead, partially clothed and with one ear cut off and one eye missing. Police claimed that Wright was eaten by an animal. His family believes he was lynched because his girlfriend was white.

In 2014, in Bladenboro, North Carolina, 17-year-old Lennon Lacy was found hanging from a swing set. The medical examiner ruled the death a suicide, but his family believes he was lynched because was dating a 31-year-old white woman.

In 2015, in Port Gibson, Mississippi, Otis Byrd was found hanging from a tree. His family disputes the ruling that his death was a suicide.

Sigma Alpha Epsilon
In March 2015, a videotape of the University of Oklahoma chapter captured the perverse glee of the fraternity brothers as they chanted, “You can hang ’em from a tree, but there’ll never be a nigger in SAE!”

“Strange Fruit”
Southern trees bear a strange fruit,
Blood on the leaves and blood at the root,
Black bodies swinging in the Southern breeze,
Strange fruit hanging from the poplar trees.