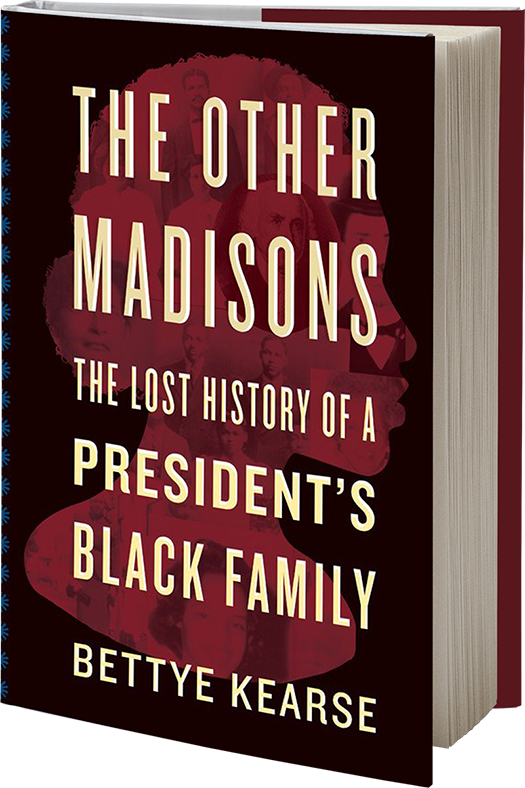 The Other Madisons marks the culmination of Kearse’s 30-year investigation into not only her own family history, but that of other enslaved and free African Americans whose voices have been silenced over the centuries.

A richly detailed, nuanced, and poignant story—part memoir and part social history—that places the dual legacy of slavery and sexual violence at the center of America’s founding.

A descendent of James Madison’s brother, the only living relative of the author of the Bill of Rights, refuses to submit to a DNA test. This standoff is not unprecedented in presidential history, from Thomas Jefferson and Sally Hemings to William Harding and Nan Britton, but sooner or later, whether through ancestry.com or a more amenable descendent, the truth eventually comes out.

Astonishing… In extraordinary times, as statues fall, Bettye Kearse has written an extraordinary book. It contains lessons for all Americans… Powerful… Seeking to validate and enlarge the black Madisons’ saga, to tell a nuanced story until now completely unknown, [Kearse] succeeds richly…Leaving her much-celebrated white ancestors in the background, she restores the black Madisons to history. They are resilient Americans, second to none.

A Roots for a new generation, rich in storytelling and steeped in history.

The Other Madisons: The Lost History of a President's Black Family

For thousands of years, West African griots (men) and griottes (women) have served as human links between past and present by speaking the ever-expanding stories of their ancestors and history of their people.

Without the generations of our African American family’s griots who stayed true to the West African tradition, those of us alive today would not know about our ancestors who were stolen from Africa or that we descend from President James Madison and one of his slaves. We would not know how our family saying, “Always remember—you’re a Madison. You come from African slaves and a president,” began during slavery, nor would we know how it evolved with the changing times.

In 1990, when my mother handed me the box containing our family memorabilia, I asked, "Why now?" She answered: “I want to give you plenty of time to write the book.” With those words, I became the eighth-generation griotte for my African American family. The time had come for the story of the Other Madisons to be included in America's recorded history.

For the family griots before me and many other members of my family, our maxim has been a source of inspiration and pride, but for me, it echoes with the abuses the five generations of slaves in my family had to endure: humiliation, uncertainty, and physical and emotional harm—including rape and incest.

In order to understand the hearts and minds of my enslaved ancestors, and of my white ancestors, too, I embarked on a twenty-five-year journey of discovery.

I found out a lot about my ancestors, our country, and myself.

I learned that wherever African slaves walked, recorded history silenced their voices buried their footsteps—under a brick walkway at James Madison’s former plantation; beneath a gaudy concession stand in Lagos, Portugal; on the shore beside a slave-holding fortress in Ghana, West Africa; in the depths of the Atlantic Ocean; and under a federal building in New York City. My book, The Other Madisons: The Lost History of a President's Black Family, is not only a personal family history but also an homage to millions of silenced, invisible African Americans.

When some twenty publishers read the first rendition of my book, many of them wanted proof, including DNA evidence, that I am a descendant of President Madison. They also said the storytelling was too "quiet." I was discouraged, but rather than give up, I returned to Madison’s former plantation to participate in a workshop, “Interpreting the African-American Landscape at Montpelier.” The workshop's focus was on seeing beyond the story of our nation as it was conceived and written from the select perspective of select people. I was not alone.

When one of the speakers reminded the participants that the authors of the Constitution, including James Madison, had deliberately excluded the words “slaves” and “slavery” from the founding document of this country, I realized that the Constitution had set the precedent for the exclusion of slaves from historical records. So, how could I prove my family’s story if slaves—merchandise to be inventoried, numbered, labeled (sometimes branded) and sold—were not included as people in the history that mattered to those who created and maintained the records? The problem is not DNA, I realized; the problem is the Constitution.

I revised my book. And it is not "quiet." 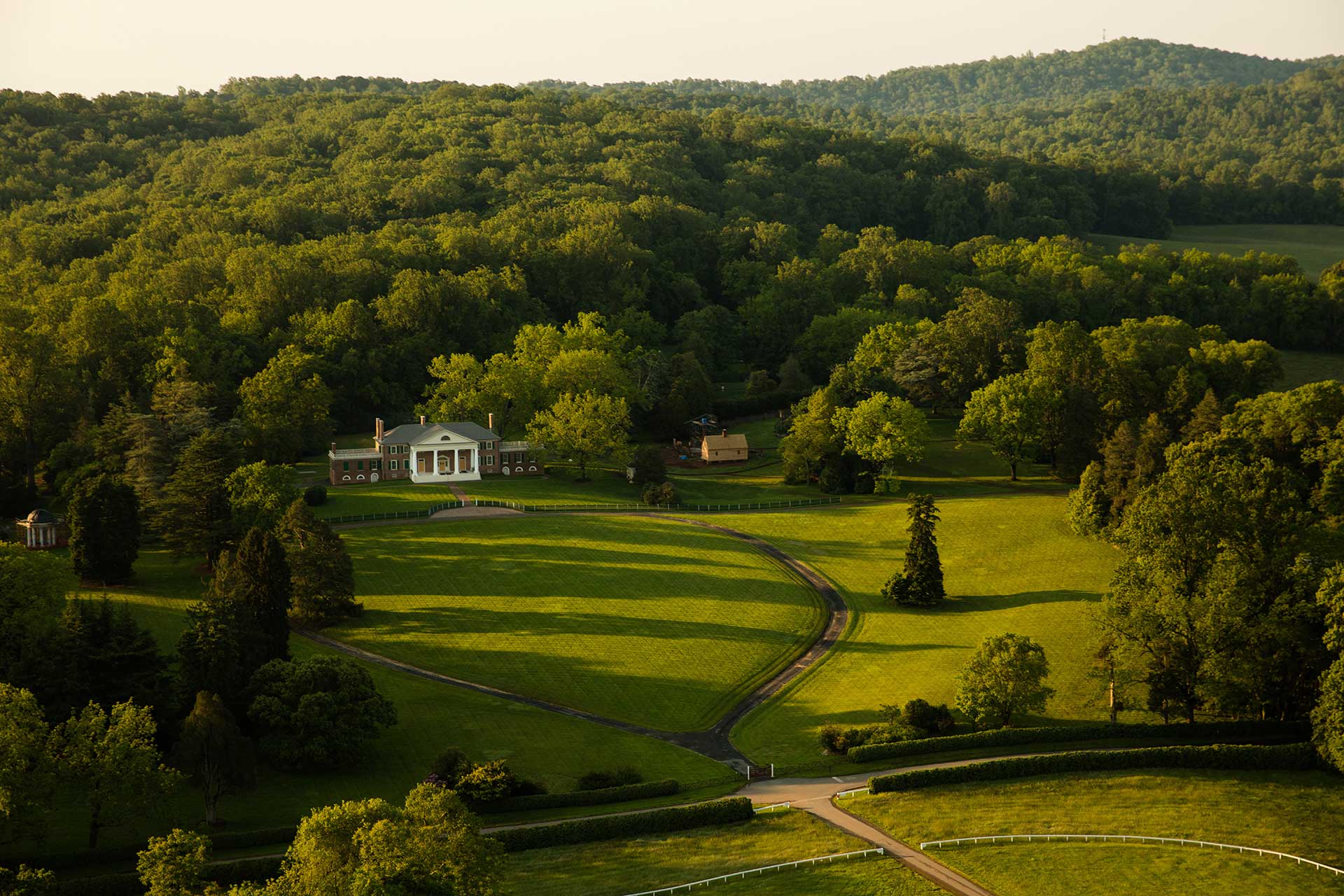 Despite its ever-changing beauty, Montpelier had been a prison. The landscape around the mansion was sweeping and open, but I felt the confinement of the plantation’s antebellum years. Once, scores of slave cabins lay south of the mansion, and I pictured them scattered low on the hillside, leaning perilously, their weathered roofs slowly giving way to the pull of the dusty earth. The sinking roofs mimicked the bowing hills, all succumbing to the forces of the land. Meanwhile, slaves, diminutive in the distant fields, toiled, their labor coaxing riches from the soil, making possible the Madison legacy.