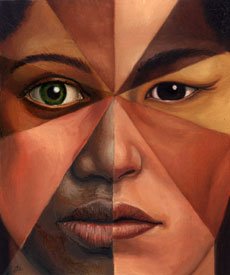 Every human being has African ancestry. In March 2015, researchers in Ethopia found a 2.8 million year old lower jaw bone of the oldest known representative of Homo habilis, the ancestor of Homo sapiens, modern man.

James Watson and Francis Crick, who unraveled the DNA double helices in 1953, and Alec Jeffreys, who developed DNA fingerprinting in1984, which launched the Human Genome Project in 1990, stood at the threshold of truth about the interrelationship of all mankind. The project revealed that race is an artificial construct and proved that black people are but part of the spectrum of humankind. Though multiple genes and multiple environmental and cultural influences determine who we are, human beings are far more alike than different.

In 1998, I rejoiced when I heard the results of President Jefferson’s family DNA analysis. I, too, am a descendant of an antebellum president and one of his slaves.

Thomas Jefferson and James Madison were close friends with much in common. Both were southern aristocrats. Both became Founding Fathers. And both opposed slavery while owning many slaves.

The Jefferson family DNA strongly supports historical evidence that Thomas fathered at least one of his slave Sally Hemmings’ children and lends credence to the idea that Americans belong to one polygenetic family.