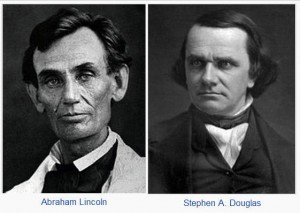 On April 14, 1865, an assassin’s bullet entered Abraham Lincoln’s brain, according to the autopsy, “a little to the left of the median line.” With Lincoln’s death early the next day, our country’s political history veered sharply to the right.

Would that rightward shift have been more to the center had Lincoln survived? Would African Americans have been spared another hundred years of oppression?

Historians speculate endlessly on these questions. Professor Richard Striner, author of Father Abraham: Lincoln’s Relentless Struggle to End Slavery, puts it this way: “…all the signs point toward a growing partnership between Lincoln and the Radical Republicans on behalf of black civil rights.”

Most agree that under Lincoln, Reconstruction would have gone a lot smoother and that the Freedman’s Bureau might have succeeded. Everyone agrees that Lincoln would have done a far better job than his soon-to-be impeached successor, Andrew Jackson.

The other side of the argument is that Lincoln, far from being “The Great Emancipator,” used slavery as political leverage and really didn’t care about social or political equality for black people. He candidly stated:

“I will say then that I am not, nor ever have been in favor of bringing about in anyway the social and political equality of the white and black races…” — September 1858, fourth Lincoln-Douglas Debate.

“If I could save the Union without freeing any slave, … by freeing all the slaves, [or] …by freeing some and leaving others alone, I would …do that.”– August 1862, letter to New York Tribune publisher Horace Greely.

Which argument do you think is more credible? Though Lincoln was a compassionate man, he was a politician first. He kept his cards close to his vest. No one knows how he would have played “the race card,” perhaps to the detriment of the newly freed slaves, if he had needed to shore up white southern support in his second term.