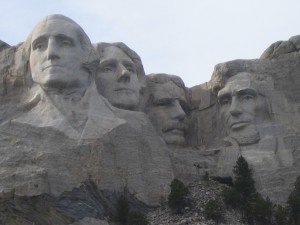 To escape the northeastern winter, my husband and I spent the month of February in Santa Fe, New Mexico. The landscape is stunning, the blue of the sky intense, the architecture often reminiscent of Native American pueblos. For an out-of-the-way town, there is a plethora of notable art galleries and museums, often showing works depicting Native Americans. Some were idealized images of native people living close to the land, or sitting regally on horseback amidst a golden dessert, or raising families in pueblo communities. But others revealed deep rage about what happened when the white man came. I knew little more of this history than that, miles away from Mew Mexico, the Massachusetts Indians had celebrated the first Thanksgiving with the Pilgrims and that Princess Pocahontas had saved John Smith. I wanted to know the stories behind the anger in the art.

In my research, I found an essay, “Callous comments reflect historic erasure of Native people” by Meaghan Hughes, a Vassar College student. The essay describes her reaction to the Macys Thanksgiving Day parade, in particular, the float designed to promote tourism in South Dakota. When the television commentator announced: “And here we have Mount Rushmore, a perfect symbol of democracy,” Meaghan was appalled. To her “a carving into a mountain centered squarely in stolen land illegally acquired by the federal government from the Sioux tribes is more exemplary of dominance, not democracy.” Moreover, the four men memorialized on Mount Rushmore—George Washington, Thomas Jefferson, Abraham Lincoln, and Theodore Roosevelt—had disrespected and marginalized Native peoples.

Washington fought against the Native tribes during the French and Indian War, thereby supporting British control of the land.

Jefferson oversaw the Louisiana Purchase, stealing land and murdering Native Americans, from the Mississippi River to the Rocky Mountains.

Lincoln approved the execution thirty-eight Dakota Indians for their role in the Santee Sioux rebellion in Minnesota.

And Roosevelt established the National Parks Service, forcing out the indigenous people. Furthermore, he referred to the Sand Creek massacre—an attack that killed 600 Cheyenne and Arapaho people, most of whom were women and children—as “a righteous and beneficial a deed as ever took place on the frontier.”

These are the stories the visitors to Mount Rushmore, and all Americans, should be told.