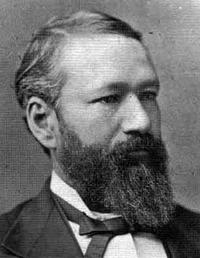 On June 7 1892, Homer Plessy, a fair-skinned man, who was one-eighth black, boarded an East Louisiana “whites only” railroad car. He sat down, and then identified himself as Negro. Moments later, he was under arrest. The whole incident was a setup. The Citizens’ Committee of New Orleans had recruited him to challenge a Louisiana railroad segregation law, and it was the committee’s own private investigator who arrested Plessy.

Plessy was found guilty of violating the Separate Car Act. He appealed all the way to the U.S. Supreme Court. Writing for the majority in Plessy V. Ferguson (1896), Justice Henry Brown brought institutionalized racism to new heights and propped up generations of racists by legalizing segregation throughout the nation.

This excerpt from Justice Brown’s ruling speaks for itself:

“The object of the Fourteenth Amendment was undoubtedly to enforce the absolute equality of the two races, but in the nature of things it could not have been intended to abolish distinctions based on color, or to enforce social, as distinguished from political equality, or a commingling of the two races upon terms unsatisfactory to either.”

In 1954, the case that finally unraveled Justice Brown’s tortuous reasoning was presented to the Supreme Court on behalf of Oliver Brown, whose daughter was one of many black children denied admission to the white schools in Topeka, Kansas. Brown V. the Board of Education ruled that racial segregation of students in public schools violated the Equal Protection Clause of the Fourteenth Amendment. Without a good education, the Court concluded, any child, white or black, would be unlikely to succeed in becoming a productive citizen. Oliver Brown’s forthright beliefs stood up against Henry Brown’s racist beliefs.

YET, today, many black citizens do not receive equal protection under the law. And the communities in which many black youths live, and the schools they attend, remain separate and not equal.