I am pleased to share this fascinating article written by Charles Shaw:

Over the years, I have become aware that in the many volumes of history written on the lives of black Americans there tends to be a focus on slavery, the South, the Civil War, Emancipation, and the Great Migration. It is a familiar narrative repeated in literature, cinema, stage and television. However, I feel such narratives fail to fully present the great dimensions of the African Diaspora and specifically the American black experience.

Having researched my genealogy for more than a quarter century only recently have I come to realize how little is acknowledged of generations of black people who were free born and whose origins in America lay in the North, with little or no connection to the lands below the Mason Dixon line. I am very well aware, however, these people may have been born free but never attained full equality in all areas of American society. Free but unequal was the hard reality of their lives.

A ninth generation native of Massachusetts, I grew up unaware and possessed little interest in my past or how it was my ancestors came to live in New England. I never gave much thought as to why it was on Sundays we attended Episcopal Church, as did four generations before me, or why it was, unlike friends or other relatives, we rarely indulged in genuine southern cooking. On my grandmother’s stove New England boiled dinners were common along with steaming seafood chowders or Mother’s, made from scratch, salt cod fish cakes on a plate next to a helping of Boston baked beans.

The matriarch of the family was my great grandmother, born in Boston in the 1880’s, she was a dignified woman I had known throughout my life and into my early twenties. On the wall of her dining room hung a framed daguerreotype of her mother, a woman I was told had been born in the harbor town of Belfast along the mid coast of Maine some twenty years before the Civil War. On occasion I would hear my mother speak of the Canadian Maritimes and of her great grandparents having migrated to Boston from there in the mid 19th century. Of all the stories, there was one many had heard, both young and old, and it was the lore of a soldier in the family… a soldier in the Revolutionary War.

Like many researchers, it wasn’t until I approached midlife that I felt a need to explore my genealogy. I desired to learn the truth behind the stories and lore, not only for myself but for my children and their children yet to be. I will admit, unlike many families of color, I was fortunate in that previous generations had left a guide, though incomplete, in the form of old letters and photos, names and places. It was a matter of matching information I possessed with that of census and archival data, newspaper articles, city directories, contacts with distant relatives, and journeys to mythic places I’d heard of growing up.

In the late 1980’s I traveled north into the Maritimes, crossing the waters of the Gulf of Maine back to places of ancestors past. Like many, I assumed that black people in these Provinces arrived there as runaway slaves via the Underground Railroad. It was only upon arriving did I learn that my ancestors had roots there well before the Civil War. 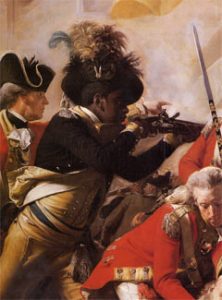 I was amazed to discover a little known history of a people who fought for their freedom not in the War Between the States but in the War of the Revolution—people of color who took up arms on the side of Great Britain against the American Patriots.

During that conflict a series of proclamations were put forth by British commanders promising protection and freedom to any black whether slave, indentured, or free born in exchange for service to the Crown. It was a move less of altruism than one of military strategy designed to augment British forces and to disrupt and create confusion in the American war effort. Before me lay a fascinating piece of untold black history. People with a plan, not desperate runaways so often portrayed, but people who took their destiny into their own hands.

Thousands of blacks accepted the offer, escaping or simply walking away from plantations, farms, and private homes, making their way to British lines to take up arms against the American rebels. Nonetheless, Britain lost the war, and the fate of thousands who supported the losing side, both black and white, was uncertain. Fear was greatest among blacks who now faced the reality of retribution and being cast into or returned to slavery.

As part of the negotiations of surrender a meeting was held in the town of Tappan, New York between George Washington and British Commander Sir Guy Carlton. Washington demanded the return of the blacks whom he still considered American property, but Carlton refused, stating it was a matter of British honor. A promise had been made which he intended to make good.

In the early days of 1783, a manifest was created, a detailed ledger recording the names, ages, and descriptions of black men and women, whether former slave or free born, who could prove service to the Crown. The list grew to over three thousand names and became known as the Book of Negroes, an historical document, a copy of which is now housed in the National Archives. It was essentially a book of the saved.

From the spring through the fall of 1783, scores of ships set sail from New York harbor, bound for the Canadian Maritimes. A great evacuation that numbered in the thousands, including the British military, white Loyalist refugees, and three thousand free black men, women and children who became known as the Black Loyalists. It was from this group I was able to trace their descendants who made their way from Nova Scotia to Massachusetts in the mid 1800’s. Three of whom would become my great, great grandparents. 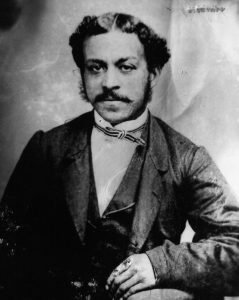 One, James Butler, became a merchant on Boston’s busy waterfront and the father of my great grandmother. The son of a mariner, he had been raised in the Canadian Anglican Church, thus the origins of my family’s connection to the Episcopal Church. He married a woman, Phebe Hoyt, from Maine, the same woman in the photo on my great grandmother’s dining room wall. 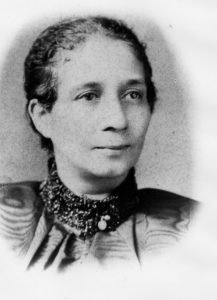 In later years, I discovered she was the great granddaughter of a free black and land owner from Groton, Massachusetts, a soldier of the Revolution whom, in a twist of irony, had fought at Bunker Hill on the side of the Patriots, thus the origin of the soldier story passed down and recited by many in the family. The couple lived and raised a family in the free black community on the North Slope of 19th century Boston’s Beacon Hill.

As we know, with genealogical research, one answer surely begets another question, and my research is far from complete, but I hope to leave behind a clearer path for future generations to follow and the awareness of this untold story .