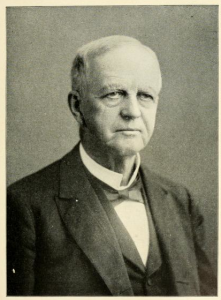 After the Emancipation Proclamation in 1863 and the ratification of the Thirteenth Amendment in 1865, there was no clear plan for the welfare of some four million homeless, penniless freed slaves. The Black Codes, rampant in the South, oppressed former slaves by, among other policies, restricting their movement, prohibiting them from owning firearms, forcing them to enter labor contracts–like slaves, and by preventing them from filing suits or testifying in court. In effect, freedman had no legal protection and no civil rights.

On January 25, 1866, Illinois Senator Lyman Trumbull proposed a bill that would guarantee citizenship without regard to race, color, or previous condition of slavery or involuntary servitude. It promised equal benefits and access to the law. The bill passed the Senate on February 2, and the House on March 13, but on March 2, President Andrew Johnson vetoed it, stating, that it granted citizenship to freedmen at a time when 11 out of 36 states were not represented in the Congress, and that it discriminated in favor of African Americans and against whites. Congress defeated Johnson’s veto, and on April 9, the measure became law, the Civil Rights Act of 1866. This was the first time in American history that Congress was able to override a presidential veto. Despite this victory, many Republicans were concerned that Congress did not have the power to enforce the bill.  A constitutional amendment was needed.