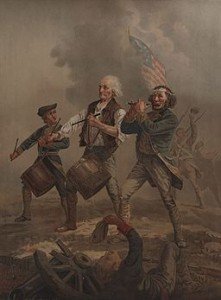 While I was doing research for my book, The Other Madisons: An American Griotte’s Quest, I came across Slave Nation: How Slavery United the Colonies & Sparked the American Revolution by Alfred and Ruth Blumrosen. Unlike other books about the causes of the Revolution, their book does not attribute “taxation without representation” as the primary cause. Instead, they present evidence that the United States, “the land of the free,” was founded on hypocrisy and might never have existed had not slavery in the colonies been threatened.

The story began, in1749, when a nine-year-old boy was abducted from his West African village. He ended up in Virginia and was given the name Somerset. In 1769, he and his master travelled to London. He saw free black people there and wanted freedom for himself. Some two years after his arrival in England, he tried to escape his master. He failed. He was captured, but abolitionists rescued him from the ship that was to take him to Jamaica, where slavery was rampant.

On June 22, 1772, a decision by the Chief Justice of the King’s Bench, Lord Mansfield set the groundwork for ending slavery in England. Mansfield stated: “[slavery is] so odious, that nothing can be suffered to support it… I cannot say this case is allowed or approved by the law of England; and therefore the black must be discharged.”

Six years earlier, Britain had granted the British parliament power over all American laws. Thus, Mansfield’s ruling terrified southerners—and northerners, too. The wealth of the American colonies depended on slavery.

So, the South, to protect its “right” to hold slaves, joined forces with the North against British rule, and the rest, as they say (all too often) is history.