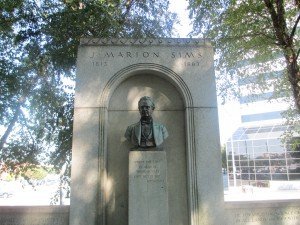 The “Father of Modern Gynecology”
There is a statue in Columbia, South Carolina honoring Dr. James Marion Sims, a 19th century physician venerated as the father of modern gynecology and the first surgeon to treat both an empress (Empress Eugenie of France) and enslaved women. There are similar statues in Montgomery, Alabama and in Central Park, New York City. Medical schools throughout the country adorn their walls with his portrait. None of the inscriptions on the statues and none of the textbooks in the medical schools tells the whole story.

Sims was born in South Carolina in 1813 and graduated from Jefferson Medical College in Philadelphia in 1835. He returned to South Carolina to practice but, after the deaths of his first two patients, Sims moved Montgomery, Alabama, and started a clinic. To enrich his coffers, he agreed to treat enslaved people from nearby plantations. In so doing, Sims came across a number of black women with vesico-vaginal fistulas (openings connecting the vagina to the rectum or bladder). This physically and socially debilitating condition resulted from traumatic childbirth. He was reluctant to help the women, but slave owners wanted their property restored to optimal working and reproductive capacity. 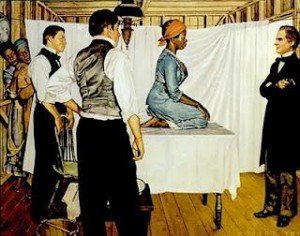 The Mothers of Modern Gynecology
From 1845 to 1849, Sims conducted experimental surgeries to repair the fistulas of afflicted slaves. His first subject (I cannot call her his patient) was 17-year-old Anarcha. As her owner’s property, she had no choice. At first he failed, so he tried again and again—thirty times on this one woman. And she was not his only subject. Though ether was available, Sims refused to use it, insisting that black women did not need it. (I wonder what he was thinking when the screaming, writhing women had to be held down during the operations)

After he had finally perfected the procedure, Sims invited other physicians to observe his technique. So, the black women lay naked, genitals exposed, under the curious eyes of groups of white men. As Vanessa Northington Gamble, a physician and medical historian at the George Washington University, stated in a February 2016 NPR interview, “Sims wanted to be a trailblazing researcher, and these women, their bodies, became props in his journey of scientific discovery.”

Sims moved to New York City in 1853 and started a hospital for white women, where he performed, always using ether, the technique he had perfected on the bodies of unanesthetized black women. Some of the techniques he developed benefit women around the world today, but there has been no acknowledgement of the enslaved women he used to attain his reputation. 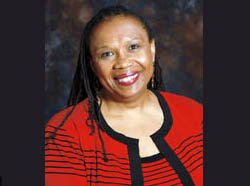 Their Voices Imagined
When asked what Anarcha and Sims’ other human subjects might say to her, Dr. Gamble replied, “I think the story they would tell me would be about their lives as enslaved women. It would begin how their baby survived, the baby would have been taken away from them. They would talk about how, as black women, their bodies were used sexually, that they did not have consent and that what happened to them with Sims was part and parcel of what their lives were at that particular time. But I think the other thing they would want us to know is that they were human beings and that they also deserve their story to be memorialized. It’s important not just to think of them as victims of experiments, prostrate on the altar of science. They were mothers, that they were women… the mothers of modern gynecology.”

“The past is never dead. It’s not even past.” (William Faulkner)
Anarcha’s story took place more than 150 years ago, but the legacy of that time remains with us today. Studies looking at how well people of color are treated for pain in the 21st century reveal, for example, that injured black children do not receive the same level of pain control as white children. And people with sickle cell anemia, a hereditary condition more prevalent among persons of African descent, worry that when they suffer the pain crises characteristic of the disease, they will be disregarded as manipulative drug seekers.

Evoking the spirit of Anarcha, Poet Bettina Judd said, after her strangled ovaries began to die and a series of doctors dismissed her pelvic pain, “Sims invents the speculum. I invent the wincing, the if-you-must of it, the looking away.”

For more of Dr. Gamble’s interview and excerpts from Bettina Judd’s poem “Patient,” go to http://www.npr.org/2016/02/16/466942135/remembering-anarcha-lucy-and-betsey-the-mothers-of-modern-gynecology.