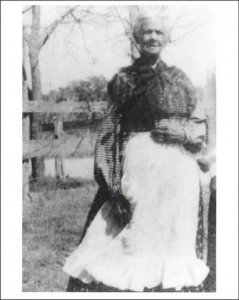 “Remove Your Shirt.”
In July 1839, my maternal great-great-grandmother Mahala Murchison became the first Negro in Austin, Texas. She was a ten-year-old mixed-race girl from Tennessee. Her father was Kenneth Murchison, her white owner; her mother was a slave whose name and ancestry are lost to history.

In later years, Mahala had six children, three girls and three boys, by white men who lived on neighboring farms. After Emancipation, Mahala’s youngest son, Will, moved away and “passed for white.” Her oldest son, Frank, 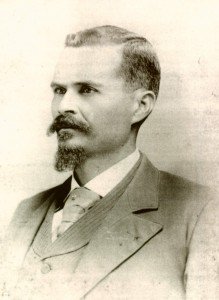 remained in Austin, identified as “colored,” and became a railroad porter. His supervisor ordered him to remove his shirt so that the passengers would know that Frank was a black man, and, therefore, subservient. Frank was, at most, one-fourth black, but to impose social, economic, and political restrictions on people like him, the law applied the One Drop Rule and said he was black.

Definition of The One Drop Rule
The One Drop Rule, an idiosyncrasy of the United States, was based on the notion (and fear) of “invisible blackness.” The rule asserts that any person with even one ancestor of sub-Saharan-African ancestry (one drop of “black” blood) is black. (See video: https://www.youtube.com/watch?v=QQWX5qVf3g8)

The Antebellum Era
Though Virginia had passed an antimiscegenation law in 1691, which other colonies soon followed, during the years before slavery became entrenched in the South, social and labor conditions were loose among the working class, and many mixed-race babies were born. Their race was a minor consideration. Even after slavery became widespread throughout the colonies, mixed-race children of white mothers were born free. In colonial Virginia, for example, the censuses of 1790 to 1810, revealed that 80 percent of the free African-American families could be traced to of unions between white women and African men. Free people of mixed ancestry who “looked white” were legally absorbed into the white majority. The later conditions of slavery also contributed to the racial admixture. White planters, their sons, overseers, or white neighbors frequently raped black women. Admittedly, some of those relationships were voluntary.

In 1865, soon after the Civil War had ended, Florida passed an act that both outlawed miscegenation and stated “every person who shall have one-eighth or more of Negro blood shall be deemed and held to be a person of color.” Following Reconstruction, to assure “white supremacy,” in part by excluding black citizens from politics and voting, states throughout the south imposed racial segregation and Jim Crow Laws.

The Twentieth century The Jim Crow Laws defined as black anyone with any black ancestry. In 1910, Tennessee adopted a one drop statute. Within the ensuing twenty-one years (in chronological order) Louisiana, Texas, Arkansas, Mississippi, North Carolina, Virginia, Alabama, Georgia, and Oklahoma followed. During this period, the slave states Florida, Kentucky, Maryland, and Missouri, and the free states Indiana, Nebraska, North Dakota, and Utah amended their old “blood fractions” to one-sixteenth or one-thirty-second—the equivalent of one drop.

Before Virginia passed its Racial Integrity Act in 1924, the state legislature had avoided establishing a one drop rule. In 1853, representatives, aware of the ongoing history of interracial relationships, realized that no one could be certain of the “purity” of their whiteness. In 1930, the Census Bureau, yielding to pressure from southern legislators, removed the classification “mulatto.” In all situations in which a person had white and some other racial ancestry, he or she was assigned to that other race. 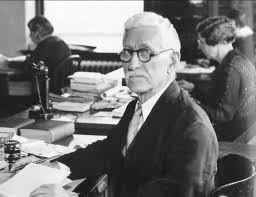 And in the 1930s and 40s, Dr. Walter Plecker, Virginia’s first Registrar of Statistics, latched on to the 1924 act. He ordered the state’s vital records to be destroyed or changed so as to classify people only as black or white. He wrote:

Two races as materially divergent as the White and Negro, in morals, mental powers, and cultural fitness, cannot live in close contact without injury to the higher.

Moreover, suspecting that some blacks tried to “pass” as Native American, Plecker also classified people as black who self-identified as Indian. In 1967, when the United States Supreme Court struck down Virginia’s law prohibiting inter-racial marriage in Loving v. Virginia, it also judged the Virginia Racial Integrity Act, and other one drop rules like it, to be unconstitutional.

Census Data in the Twenty-first Century
In the 2000 Census, for the first time, American citizens could select one or more categories to indicate racial identities. Nearly seven million Americans self- identified as members of two or more races. This number rose to nine million in the 2010 census, and 7,872,702 “white” Americans would have been classified as “black” under the one drop rule.

Racial Mixtures of Blacks and Whites in the U.S. Today Blacks in the U. S. are more racially mixed than whites, reflecting historical experience here. Population geneticist Kasia Bryc found that African Americans, on average, have 24 percent European ancestry, while about 4 percent of “white” Americans have 1 percent, or more, African ancestry. Some of these people with “hidden blackness” had “passed for white,” or had ancestors who had done so, in order to escape racism, poverty, disenfranchisement, and inequality. They had chosen color and opportunity over family and community.

Other Countries in the Americas
People in many other countries view race differently. For example, in Puerto Rico, though now part of the U.S., persons of black ancestry with known white lineage were classified as white. And according to Brazilian Jose Neinstein, in the U.S., “If you are not quite white, then you are black.” But, in Brazil, “If you are not quite black, then you are white.”

Be notified when The Other Madisons is available for purchase! Receive updates for future live and online book events. You will also be able to download Destination Jim Crow, an excerpt from the book.