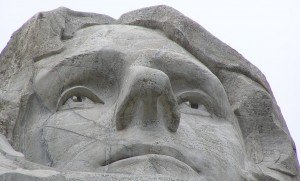 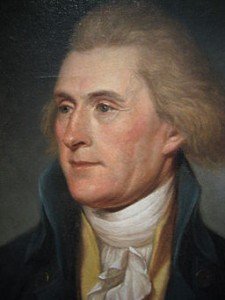 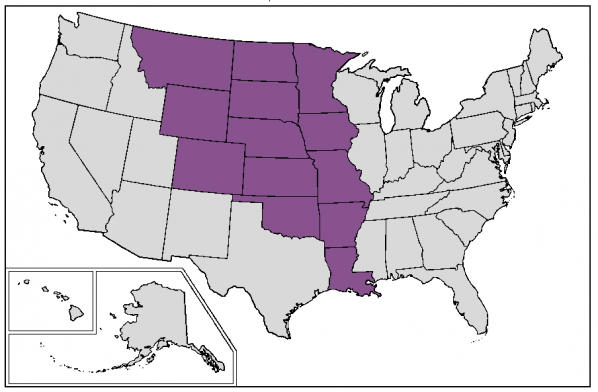 Thomas Jefferson’s original plan regarding indigenous peoples was to coerce them into to giving up their cultures, religions, and lifestyles, in favor of the euro-American ways. He believed that assimilation would make them economically dependent on trade with white Americans, and, thereby, willing to give up their land. In cases where native peoples resisted assimilation, Jefferson believed that they should be forcefully removed from their land and sent west. Later, during his presidency, he went further, saying to General Henry Dearborn, the government official in charge of Indian affairs: “if we are constrained to lift the hatchet against any tribe, we will never lay it down until that tribe is exterminated, or driven beyond the Mississippi.” Jefferson’s plans for Native Americans had become increasingly hostile, deteriorating from integration to expulsion to slaughter.

In 1803, President Jefferson proposed that all Indians in the United States be moved west of the Mississippi, to the “empty” lands of the recently acquired Louisiana Territory. A bill to enact his plan passed the Senate but failed in the House. Nonetheless, within about 30 years after Jefferson’s presidency, white Americans had displaced the natives from their ancestral homelands. The U.S. government forcibly removed Cherokees, Shawnees, Chickasaws, Choctaws, Creeks, and Seminoles from their homes in the east to designated areas west of the Mississippi River, forcing tribes already there to give up large parts of their homelands. Violence permeated the territory as native tribes, immigrant tribes, and white settlers fought for control of the land.

For the Native Americans, many long-held traditions were lost as the multi-tribal groups of refugees were shuffled from one location to another. The federal government also passed laws to eradicate vestiges of Indian cultural traditions. The normal passing knowledge, values, and beliefs from generation to generation was severely hindered.